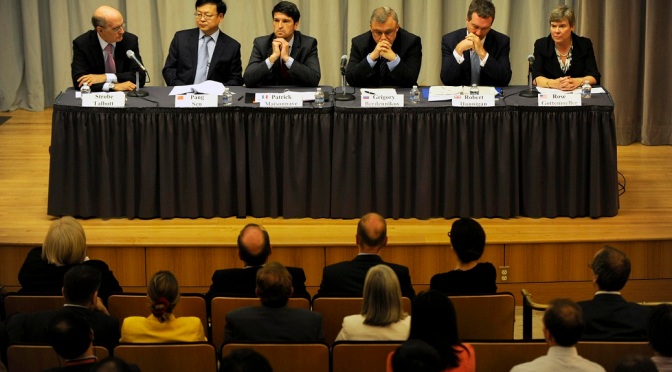 Ana Alecsandru is an ESRC-funded doctoral student at the Institute for Conflict, Cooperation and Security (ICCS). Prior to the start of her PhD, Ana was an intern at NATO HQ in Brussels in the Weapons of Mass Destruction Non-Proliferation Centre (WMDC).

One thought on “The Importance of Being Earnest: The P5 Process and the 2015 NPT Review Conference”

Latest news at the ICCS

Forthcoming events at the ICCS

A blog from the Institute for Conflict, Cooperation and Security

The Institute of Conflict, Cooperation and Security (ICCS) was founded at the University of Birmingham with the purpose of promoting a multidisciplinary and multidimensional approach to the study of conflict and security in global politics. The ICCS blog was established to invoke discussion and reflection on conceptual ideas related to security and the challenges of global cooperation.